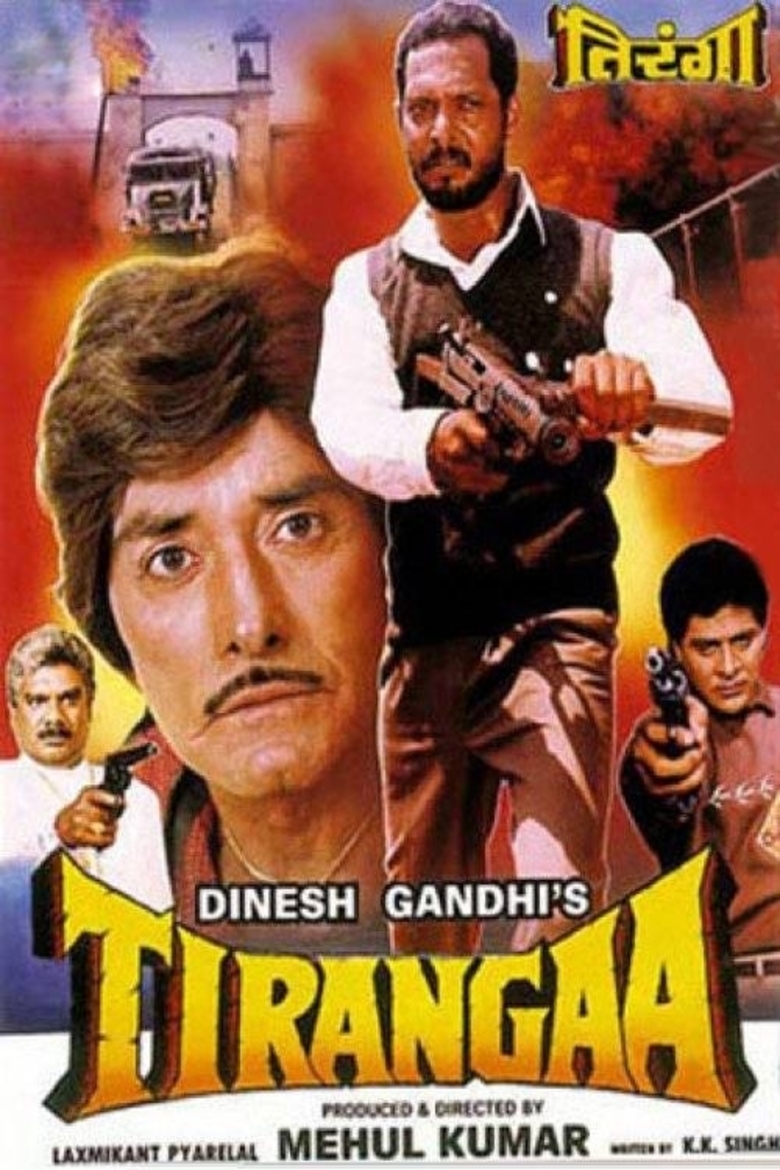 (An abridged version of this discussion appeared in the Quint before)

Independence Day and Republic Day in India are incomplete without a re-run of the movie ‘Tirangaa’ on Zee Cinema. This classic is the perfect recipe for a patriotic Bollywood film i.e., heroic patriotic protagonists (played by the late Raaj Kumar and Nana Patekar) and a hateful antagonist (played by Deepak Shirke) who aims to destroy India.

The movie stars the Late Raaj Kumar and Nana Patekar in the lead role. Raaj plays the role of Suryadev Singh, who is a Brigadier in the army and Patekar plays the role of Shivajirao Waghale, a hot-headed Inspector in the police, and both fight against an evil Pralayanath Gendaswami who is desirous of destroying India. The twists and turns in the movie can help one understand the law of contempt in India.

To give some context, in a sub-plot in the movie, Inspector Waghale (played by Nana Patekar) is unhappy with the Court’s order rejecting the bail application of few innocent men. Waghale (as the investigating officer) seeks the Judge’s permission to place some interesting facts before it. The Judge gives him a hearing but refuses to modify the Court order, which enrages Waghale. He shouts at the Judge using un-parliamentary language and the Judge retorts by saying ‘Mr. Waghale, I can hold you guilty for contempt of Court’.

What is Contempt of Court?

Contempt of Court stands for any act which defies the authority of dignity of the Court. ‘Court’ here means any judicial court in India i.e., District Court, High Court or the Supreme Court and ‘act’ means anything done written, spoken, action, which would result lower the reputation of the Court in the eyes of the public.

The Constitution of India under Article 129/215 empowers the appellate courts i.e., Supreme Court and the High Courts as Courts of Record respectively. The Articles also empower these courts to punish those responsible for its contempt. In case contempt of a subordinate court has been committed, the High Court is empowered to initiate the same under Article 235 of the Constitution, which entrusts it with a supervisory control over subordinate courts.

In furtherance thereof, the Parliament has passed the Contempt of Courts Act, 1971 which regulates the offence in detail. The Act prohibits two forms of contempt i.e., civil and criminal. In simple words, civil contempt occurs when a person who is directed by a Court to act/refrain from acting in a certain manner, refuses to do so. For example, the Court directs A to deposit Rs. 25,000 with the Court Registry but A refuses to do so. Here s/he may be held liable for civil contempt (See Section 12(3) of the Act).

(a) i.e., ‘scandalizes or tends to scandalise, or lowers or tends to lower the authority of, any court’ is the most invoked part of the definition and has been interpreted to mean an attack on individual judges of the Court without referring to particular cases.

The punishment for criminal contempt is imprisonment of six months or fine or both. It must be noted that fair criticism or reporting of a judgment, is not an act of contempt (Baradakanta Mishra v. The Registrar of Orissa High Court & Anr.).

Was the Judge right in threatening Waghale?

Bollywood’s portrayal of the judicial system of India and particularly the Court rooms is hilarious and far from reality. Contrary to popular belief, theatrics don’t work in a Court of law and the Judge is absolutely within her/his power to hold a disrespectful police officer or even a lawyer guilty of Contempt of Court. I am reminded of a hilarious scene from the movie ‘Kyo Kii…Main Jhooth Nahi Bolta’ (Because… I do not lie) starring Govinda (who plays the role of a lawyer). In a Court room scene, realising that he has no other evidence, Govinda sets himself on fire and threatens to kill the witness, all of which is a ruse to prove that the witness is lying.

Coming back to Tirangaa, the Judge (played by Kamaldeep) is within his powers to institute proceedings of criminal contempt against Inspector Waghale. As stated above, according to the Contempt of Court Act, 1971 a person who does an act which scandalises or tends to scandalise, lowers the authority of the Court (or tends to) or prejudices or interferes with due course of any judicial proceedings or the administration of justice (or tends to), shall be guilty of contempt of court and punished with imprisonment which may extend to six months.

Interestingly, there have been cases wherein a police officer has misbehaved/shouted at a Judge and she/he has been found guilty of contempt of court. The Court in a case has observed,

‘…If Police were to start behaving in such wanton and uncivilized manner that too with judiciary and judicial officers, the people would lose faith not only in the police force but in the system itself. Faith is the foundation of respect, and if there is erosion in respect for judiciary and its independence, the democracy itself will be in danger.’

Hence, one’s takeaway from Tiranga should be the words of the Judge and not Waghale.

In conclusion, the next time if you happen to watch the Court room scene in Tirangaa, thank the makers for getting the law right. This scene however, does not condone the violations of due process which the lead Raaj Kumar often commits. He often (heroically) yells at the bad guys ‘Hum Tumhe Woh Maut Denge … Joh Na To Kisi Kanoon Ki Kitaab Mein Likhi Hogi … Aur Na Hi Kabhi Kisi Mujrim Ne Soochi Hogi’ (I will give you a death that is not listed in any statute and is unimaginable for any criminal). Article 21 of the Constitution of India guarantees ‘Rule of Law’ and not the Rule by Man.