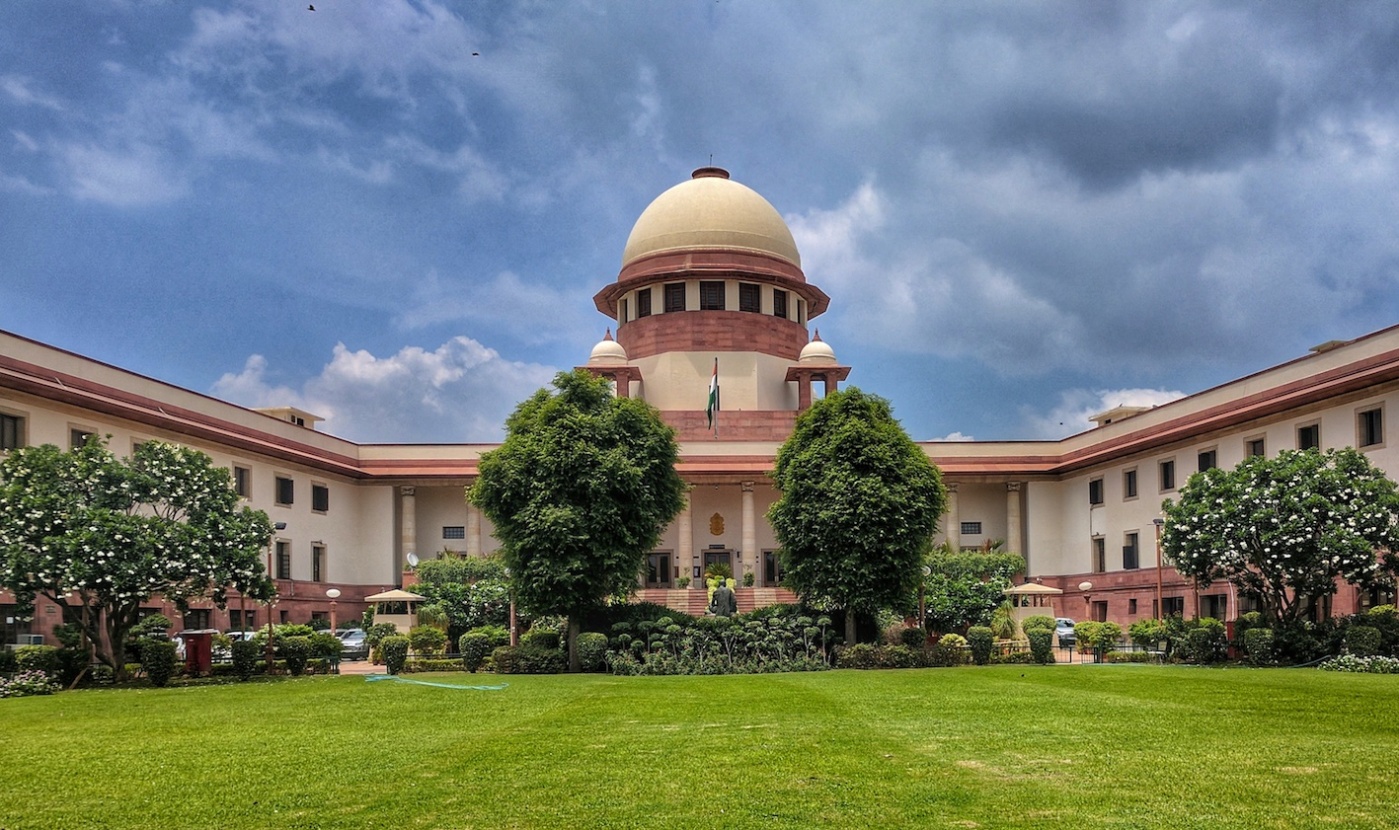 Earlier today, it was reported that the Law Ministry (Government of India) is currently awaiting the recommendations from the Supreme Court’s Collegium to appoint Judges to the Supreme Court. The Hon’ble Supreme Court of India, has a sanctioned strength of 34 Judges (including the Chief Justice of India). However, the Court is currently functioning with 30 Judges, as no appointments have been made since the retirement of Justice Gogoi, Justice Gupta, Justice Bhanumathi and Justice Mishra who retired earlier this year (Justice Gogoi in the year 2019).

Every time a Judge of the Supreme Court retires, looming questions over her/his replacement arise. Questions like, whether the appointment shall be from the Bar or the Bench? Whether the appointee would be from a particular High Court? Whether the appointee would be a woman or a man? etc. These are questions which have no conclusive answer, as history has shown us that in matters of appointment to the Supreme Court, nothing is certain. At times, either the Collegium or the government, has surprised the legal fraternity by rejecting or sending back certain recommendations despite there being strong support behind them from the fraternity purely on merit.

At the outset, I wish to state that the trends and patters identified in this article, are purely based on statistical information. I have studied the data available on Judges, from the Supreme Court website. In some cases, where the information was unavailable, I have relied on official responses to the RTIs filed with either the Department of Justice (Government of India) or the Supreme Court Registry.

A. Appointment to the Supreme Court of India:

India has a three-tier hierarchy in its judicial system. From bottom to up, first are the subordinate courts (also known as District Judiciary) which hear ordinary civil and criminal matters in every district. Second are High Courts (every state has a High Court either jointly or individually) which exercise jurisdiction over the subordinate courts in the state. Third, is the Supreme Court which is the top Court in India and the last arbiter of every dispute.

The Supreme Court consists of 34 Judges (including a Chief Justice). Article 124(3) of the Constitution provides for the procedure of appointment of Judges to the Supreme Court. A person may be appointed to the Court in three ways-

(a) If she/he has been a Judge of the High Court for at least five years (Appointment from the Bench);

(b) If she/he has been an advocate of a High Court for at least ten years (Appointment from the Bar);

As per the text of the Constitution, decisions pertaining to the appointment of Judges of the Supreme Court are to be taken by the President in consultation with the Chief Justice of India. In India, the President is a mere titular head/signatory authority and she/he acts on the aid and advice of the Council of Ministers, an advice which is binding. Therefore, in effect it is the Law Ministry which consults the Chief Justice of India on matters of appointment.

However, the Hon’ble Supreme Court in the case of In Re Special Reference held that in matters of appointment, the Chief Justice of India shall have primacy and her/his decision shall be final. The Court has evolved the Collegium system for appointment of Judges, according to which the decision on appointments is taken by a body consisting of the Chief Justice of India and four senior-most Judges of the Court.  However, in practice often the names recommended by the Collegium are either returned for reconsideration by the Ministry or they are not confirmed for days.

B. Analysing Past Appointments:

At the outset, it should be noted that out of the three categories for appointment i.e. the Bench, Bar and Distinguished jurist, it is popularly believed that only the first two have been used. I personally disagree with this statement and have argued previously that appointments under the distinguished jurist category have in fact been made. For the present post, I have considered only one appointment under this category i.e. Justice S.C. Roy as he was neither appointed from the Bar or the Bench.

The maximum number of Judges have been elevated from the Bombay High Court (25), followed by Calcutta (24), Madras (23) (collectively Presidency Courts) and Allahabad (22). Statistically, 94 out of 237 Judges elevated to the Court have been from these High Courts, which constitutes 39.6% (almost 40%) of the total number of Judges. These four Courts dominate and overpower the appointments from the remaining 25 High Courts.

This prima facie predisposition towards these four High Courts, may be due to the fact that they are the oldest High Courts and hence, have an established Bar. These High Courts were established in the 19th century i.e. Bombay, Calcutta and Madras in 1862 and the Allahabad High Court in 1866. Arguably, the remaining High Courts took time to establish their Bar and gain the trust, for appointments to the Court.

Out of the remaining High Courts, almost all of which were established in the 20th century, maximum appointments have been from High Courts of Andhra Pradesh (16), Delhi (15), and Kerala High Court (14). The performance of the Delhi High Court is commendable, as despite being created in the year 1966 which is later than many other High Courts, a good number of its Judges have reached the Court. On the other hand, the performance of the Rajasthan High Court is poor, as despite being created in the year 1928 i.e. 38 years before Delhi, only 8 of its Judges have reached the Supreme Court which is almost half of Delhi.

Observation 2: Predisposition towards Chief Justices of the High Courts:

Observation 3: Preference for Judges who have been advocates before appointment to the High Court:

Article 217 of the Constitution, states that for a person to be appointed as a Judge of the High Court, she/he has to have held a judicial office (i.e. served as a District Judge) for a period of ten years or have been an advocate of a High Court. Therefore, even a Judge of the District Court can serve on the High Court and possibly the Supreme Court.

7 out of 245 Judges appointed to the Court, have been from the Bar i.e. been an advocate of a High Court for minimum ten years.[3] The number is an abysmal 2% and shows a clear preference for appointments from the Bench and not the Bar.

Between the years 1950-2000, only three appointments were made under this category whereas swiftly the other four appointments have been made in the year 2014. The swift appointment and the sudden shift in 2014, shows that the recent Collegiums and the Ministry are moving towards appointments from the Bar.

Interestingly, 4 out of the 7 (i.e. 57%) Bar appointees had served as a law officer of the Government of India (central government),[4] which shows that the Law Ministry likely confirms the names of its judicial officers for appointment to the Court.

Despite being a torchbearer of gender justice, the Court itself has not shown equality in terms of appointments to the Bench. Out of the 245 Judges appointed to the Court, only eight have been women i.e. a mere 3.2%. In fact, during the first thirty-nine years of the Court’s functioning there was no woman on the Bench. Between the years 1950-2000, only two women were appointed. Fortunately, the number improved post the year 2000, as six female Judges have served the Bench. The High Courts of Calcutta (2) and Bombay (2) have produced the maximum number of female Judge wherein, the others have been appointed from Kerala, Patna, Madras respectively.

Even in terms of the appointments from the Bar, the share of women is inadequate. Only one of the seven Judges (i.e. 14%) appointed is a woman i.e. Justice Indu Malhotra. Her appointment was made in 2018, fifty-four years after the first appointee in this category.

The Collegium shall soon be deliberating upon names for appointment to the top Court. One can only hope that these names truly reflect upon the spirit of Article 124(3) and give equal weightage to the Bar and Bench. I would sincerely hope that the Collegium digresses from its past trends and appoints Judges without any predisposition towards the appointee’s parent High Court, gender etc.

On a personal note, I would sincerely hope that at least (a) one of the appointees is from the Bar and/or (b) one of the appointees is a woman. The Collegiums and the Ministry post the year 2014, should be lauded for being instrumental in elevating more women to the top Court. However, there is much more to do, especially until the day the Supreme Court is presided by a female Chief Justice.

4 thoughts on “Appointment to the Supreme Court: Identifying Trends and Patterns”