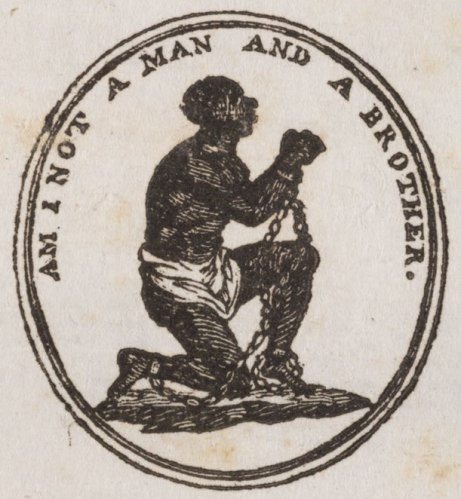 Last month, Americans were on streets protesting against the tragic murder of George Floyd, an African-American national who died due to police brutality. Floyd’s episode gave rise to questions about racism and status of other races (particularly African Americans) in USA. One cannot talk of African-Americans without bringing up the infamous case of Dred Scott v. Sandford, wherein the US Supreme Court infamously held that slaves amounted to a property, which could be bought and sold.

However, not many know that while the US Courts were adopting a regressive approach towards the rights of slaves, the King’s Bench in United Kingdom (“UK) had adopted a progressive path, by setting a slave free and putting the country on a course of emancipation. The case at hand was the famous Somerset v. Stewart and its author was the great Lord Mansfield. The judgment completed its 248th anniversary last month and hence, I discuss it in the present post.

James Somerset was a slave who had been brought to United Kingdom from a North American colony, by his master Stewart. It should be noted that there was no specific law dealing with slavery in UK, however, the practice was nonetheless followed.

Somerset stayed in UK for two years and ultimately left Stewart. Stewart advertised for Somerset’s return and slave catchers caught him and he was put on a ship to Jamaica. One of Somerset’s friend petitioned the King’s Bench to issue a writ of habeas corpus. The Bench hearing the matter was presided over by Lord Mansfield, a Judge known for his progressive approach. In fact, Mansfield presided over the King’s Bench for 32 years and his judgments were questioned only twice.

The main question before the Court was whether an owner has a right to forcefully carry his slave abroad. Mansfield tried to settle the issue amicably, and recommended that Stewart release the slave, however he refused. To this Mansfield famously remarked, ‘if the parties will have the judgment then fiat justitia ruat coelum i.e. let justice be done whatever the consequences’.

The case had put Lord Mansfield in a fix, since he was friends with various slave owners and setting Somerset free would have caused them financial losses. Unfazed, Lord Mansfield ruled in favour of Somerset and held that there is no positive law in UK which supports slavery. In other words, since UK had no specific law defining and dealing with slavery on its soil, then Somerset was a free man. He opined,

“The state of slavery is of such a nature, that it is incapable of being introduced on any reasons, moral or political, but only by positive law…It is so odious, that nothing can be suffered to support it, but positive law. Whatever inconveniences, therefore, may follow from the decision, I cannot say this case is allowed or approved by the law of England; and therefore, the black must be discharged.”

Interestingly, Lord Mansfield did not cite any legal precedent, statute or principle for his decision.

The judgment although freed Somerset, left many wondering about its actual impact. People who supported slavery interpreted it narrowly to mean that the Court did not outlaw slavery and only held that no slave could be forcibly removed from Britain and sold. On the other hand, emancipation supporters saw it as an end to slavery.

Sadly, despite the ruling slave owners continued to recapture their runaway slaves and ship them back to their colonies. It was only with the passing of the Abolition of the Slave Trade Act in 1807, that slave trade was completely abolished and 21 years later all the slaves held bondage in the British empire were set free.

85 years later in the year 1857, a similar case came before the United States Supreme Court (the country had attained freedom from the UK) in Dred Scott v. Sandford. It should be noted that unlike the UK, slavery was legally practised in some states in USA. The Northern states of the country outlawed the practice and had abolished it, while the Southern states allowed it.

Much like Somerset, Scott was a slave who was taken from Missouri (a slave state) to Illinois (a free state). Upon his return to Missouri, he claimed that since he was taken to a state where slavery did not exist, he should be freed from his master. In other words, his temporary removal to free soil made him legally free too. Unlike Somerset, Scott had the law on his side, as the Missouri Supreme Court in Winny v. Whitesides, had laid down the doctrine of ‘once free, forever free’. According to the doctrine, once a slaveowner takes his slave into a free territory and expresses an intention of making that place his residence and that of his slave, he induces a jury to believe that by such residence he declares his slave to have become a free man.

Scott decided to file a suit against his master to this effect and the case ultimately reached the Supreme Court. The Bench hearing the case was evidently in favour of slavery. In fact, Chief Justice Taney was a Southerner and had himself engaged in trade of slaves in his youth. The remaining Justices also supported slavery, with the exception of one Justice who had openly denounced slavery.

The judgment was pronounced on 6 March 1857 and neither Scott, nor Sandford were present in Court. Scott was in Missouri working as a slave, whereas Sandford was in a mental asylum. Chief Justice Taney wrote for the majority and held that members of the African race (slaves) were not citizens under the Constitution and hence, had no protections. He opined,

“And these rights are of a character and would lead to consequences which make it absolutely certain that the African race were not included under the name of citizens of a State, and were not in the contemplation of the framers of the Constitution when these privileges and immunities were provided for the protection of the citizen in other States.”

In addition to the above, the Court also struck down the doctrine of ‘once free, forever free’ by stating that a slave’s status would be determined by the laws of the state where the case was filed. In case of Scott, the suit was filed in Missouri which was a slave state. It remains a conundrum, as to why Scott filed his suit while living in Missouri rather than while living in the free state of Illinois. He may have succeeded had he filed his suit in the latter. Commentators have attributed poor legal counsel as the reason.

The judgment was not received well in the Northern States whereas it was celebrated in the pro-slavery southern states. President Lincoln termed it an astonisher in legal history. Fortunately for Scott, while the Supreme Court failed him, his master did not, as he agreed to free him two months later. Scott was freed on May 26, 1857 but his freedom lasted a little over a year, as he passed away on 17 September 1858.

It is believed that Scott’s lawyers had cited the Somerset case to strengthen their case, but the Court was not convinced. Both Somerset and Scott decisions were instrumental in outlawing slavery in UK and USA respectively. In both cases, the judgments started a dialogue on slavery and ultimately the Parliament and the Executive, abolished the practice. In UK the result was achieved rather amicably, as it did not undergo a Civil War like USA to get there.